The workplace in 2023: 10 predictions from Nellie Hayat 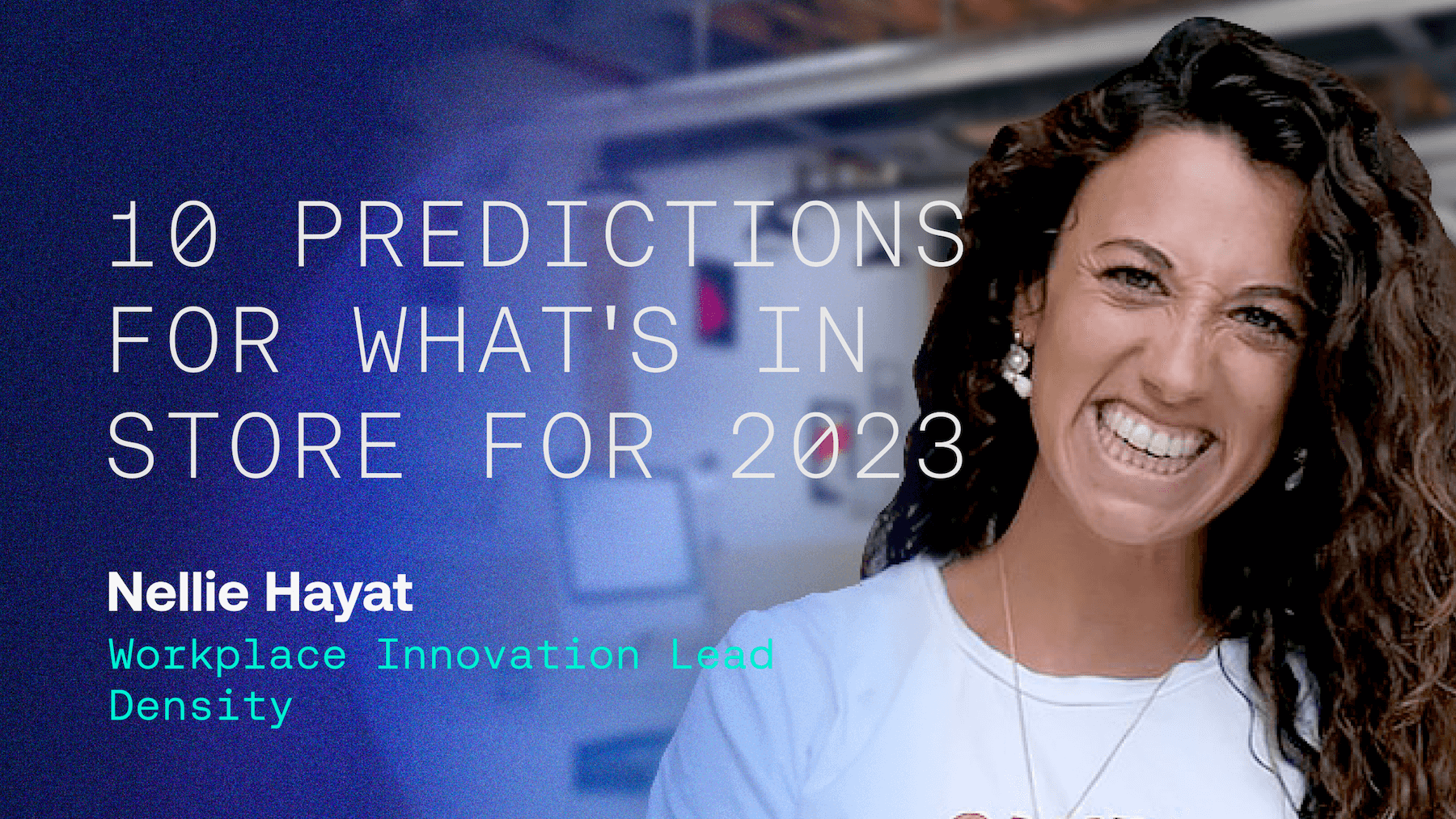 Nellie Hayat on what she sees for the workplace industry in 2023.

Prediction #1: More employees will voluntarily come to the office.

And with it, the tension between employees and employers will decrease.

The return-to-office conversation is about to end. This is, in part, because companies are moving ahead with their intended plans (see prediction #2 below). But there is also a rise in loneliness across society. People were willing and able to cope with staying home when everyone else was home. But now that offices, social places, and downtowns are open again, people who were fighting for remote work will voluntarily come back to the office to meet other human beings, socialize, and network.

There is a rise in loneliness across society.

The massive layoffs have left a residual impact, but people are not coming back to the office because they’re afraid to lose their jobs. They're coming back because they’re eager to grow their career, feel part of something bigger and kill isolation.

Back pain from a non-ergonomic home setup is also becoming a pain — so to speak. Remote workers and eager to find the comfort of the Eames chairs in their office.

Prediction #2: Companies will push ahead with what they believe is the best future-of-work strategy

Whether it's everyone returning to the office, having dedicated team days, or supporting a fully remote workforce.

We’ve witnessed many tried and failed attempts to bring people back to the office since 2020. However, back in September of this year, companies began to force their new work models onto their employees despite the ongoing viruses, employees’ denial of giving away their freedom,s and the countless studies that showed that remote work is best for humanity.

In 2023, companies will try out their model and will see whether they’re right or wrong.

Prediction #3: The ratio of me vs we spaces will flip 180 degrees

Some companies will even go as far as turning their offices into coffee shops to create the ultimate buzz.

There’s a saying that in bigger cities, restaurants feel busier than they were before the pandemic. But offices are not benefiting from the same trend. Office utilization is much lower than pre-pandemic.

It should not come as a surprise, then, to hear that companies are fighting over spaces located on the ground floor of densely populated areas. They are then making their “ground-floor offices” to look more like a restaurant or hip coffee shop in the hopes of attracting their employees back to the office.

Prediction #4: More companies will use their office as a brand activator

They’ll create their version of a studio to empower employees and customers to create more content.

The last 2 years have seen an emergence of “influencers” across all brands, industries, and trends. Companies now invest more heavily in both external and internal influencers to tell their brand story. This is a great opportunity for forward-thinking companies to re-invent their office as a place for creators and influencers to make their work even better (with event spaces, high-tech equipment, and additional support).

This is a great opportunity for forward-thinking companies to re-invent their office.

Prediction #5: The largest companies will move away from leasing … and toward landmarks

They’ll build long-lasting campuses inspired by the top universities across the globe.

Before the pandemic, WeWork (and co-working spaces in general) changed the way companies thought about their offices. They showed the value of adopting turn-key, flexible solutions over long-term lease, high construction costs, and inflexible landlords.

This trend will grow in 2023 for most companies, however, “big players” (Fortune 500), will want to show their confidence in the future by creating their own landmarks and inviting employees to buy into the dream of forever here.

Prediction #6: New startups will emerge that shape the future of work

New companies, spurred by the massive layoffs of 2022 will invest heavily in distributed team processes for team effectiveness and offsites offerings for team building.

The war for talent will rage on in 2023. While there may be a surplus of talent following several waves of layoffs, there is never enough of that talent to feed the ambitions of CEOs, entrepreneurs, and VCs.

Many of these recently laid-off employees will create a spin-off product of the one they left behind (cue the next 10 version of Twitter!). And, to compete for talent with big, established companies, they will increase their offering of remote and flexible work, community-based workplace culture, and team effectiveness.

Prediction #7: More companies will use sustainability as an argument for their workplace strategy.

The data is very confusing. Some studies show that remote work was great for the planet because it reduced commuters’ pollution, and heating or cooling or large commercial buildings.

Yet, other studies reveal that the power needed to supply more individual homes is having a negative impact on our resources.

Who’s right? We don’t know for sure, at least not yet. However, each company will use this hot-button topic to reinforce its views of the future of work.

Prediction #8: The three busiest days in the office will continue to be Tuesday, Wednesday, and Thursday

Workplace leaders will have to find ways to alleviate the cost of 2 “empty” days each week.

The utilization data doesn’t lie. While employers will see employees voluntarily return to the office (see prediction #1), most employees will come in in the middle of the week.

Even companies that impose a “hybrid” model are yet to enforce in-office time on Mondays and Fridays. Those days have assumed a sacred role in the workweek. They’re seen as days dedicated to re-set, re-alignment, and re-calibration of one’s own work and goals.

Prediction #9: The co-working market will benefit a growing number of companies and industries

Most landlords will have no choice but to accept becoming more flexible and lenient toward shorter leases. They will also adopt the best practices and amenities of co-working spaces to attract young companies.

Prediction #10: The future of work will become more concrete in 2023

We are going to see less futurists and more lessons learned in the years to come.

Companies will move ahead with their plans, the great re-shuffling will come to an end, and people will anchor themselves into the new “job” they’ve created or accepted in 2022.

Meanwhile, employees will find their rhythm for in-office work vs at-home work.

This is great news!

written by
No items found. 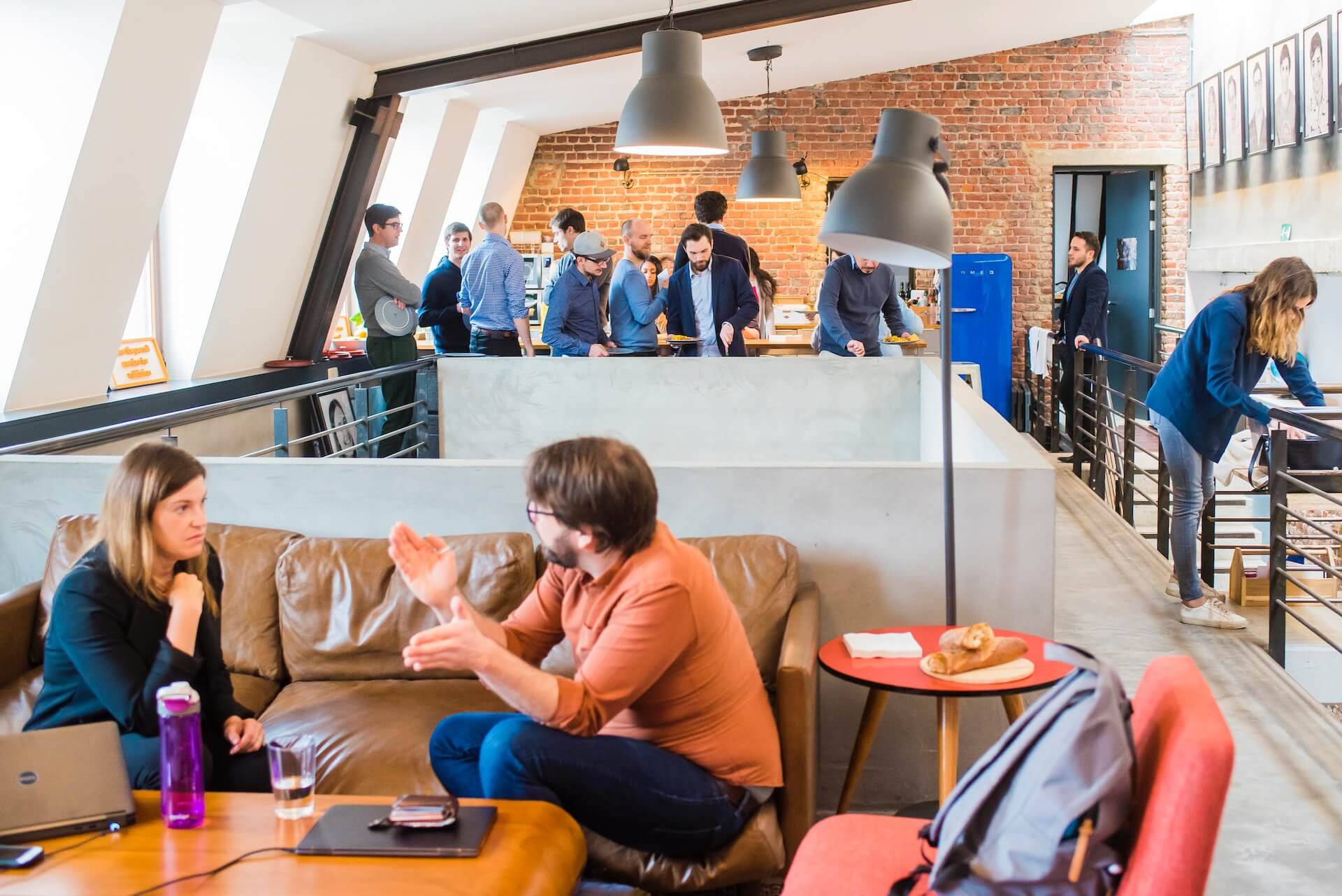 Expert Voices
3 ideas to build your RTO strategy from Cisco, Indeed, and Dropbox 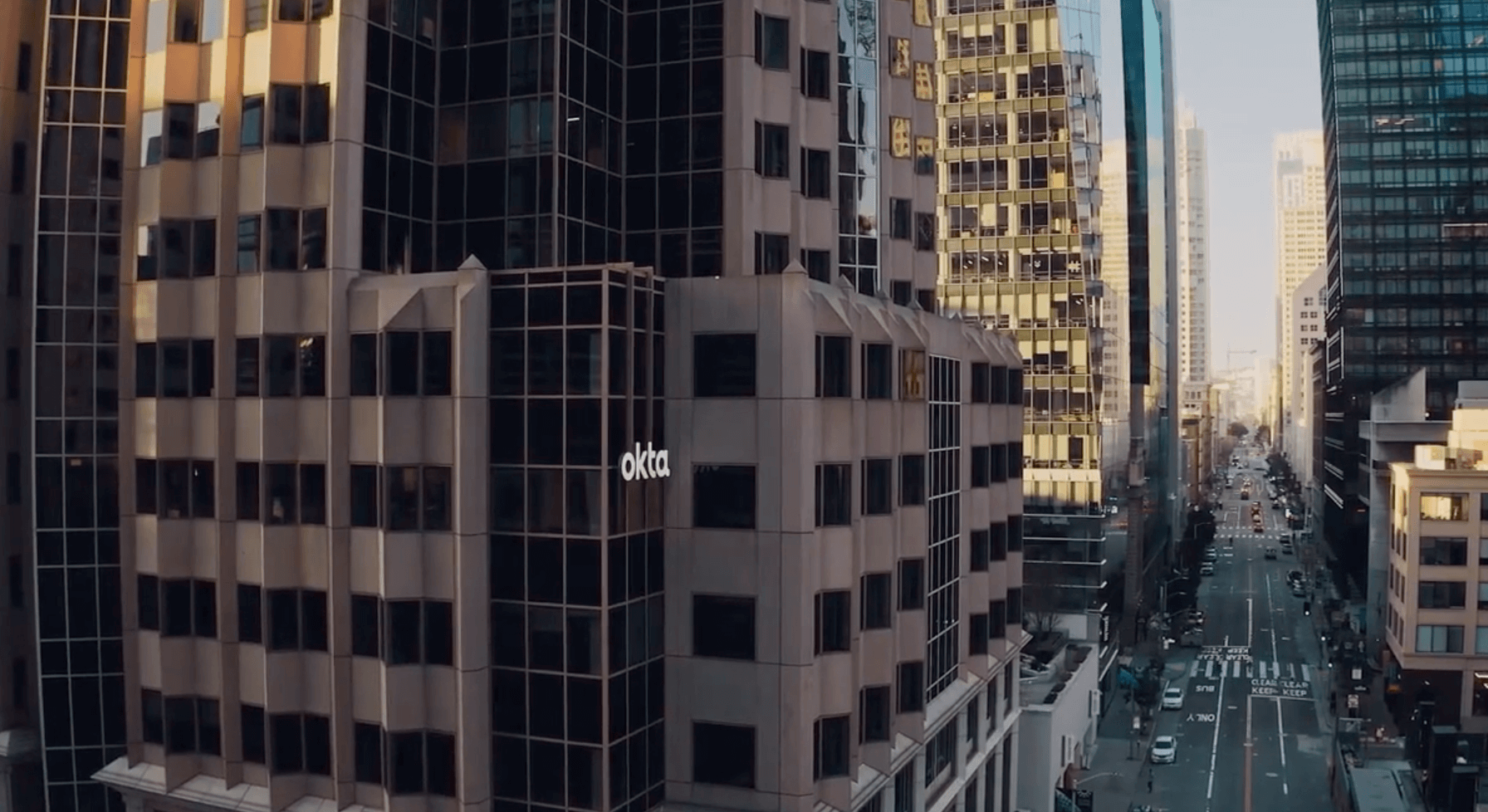 Maximize the value of every square foot