How a bustling bar saved thousands of dollars in 1 minute
The popular bar O’Malley’s Alley had a problem: they kept getting fined for being over capacity. Those fines added up until they installed Density. Now, they can regulate occupancy and ensure they never exceed their limits.
Download PDF 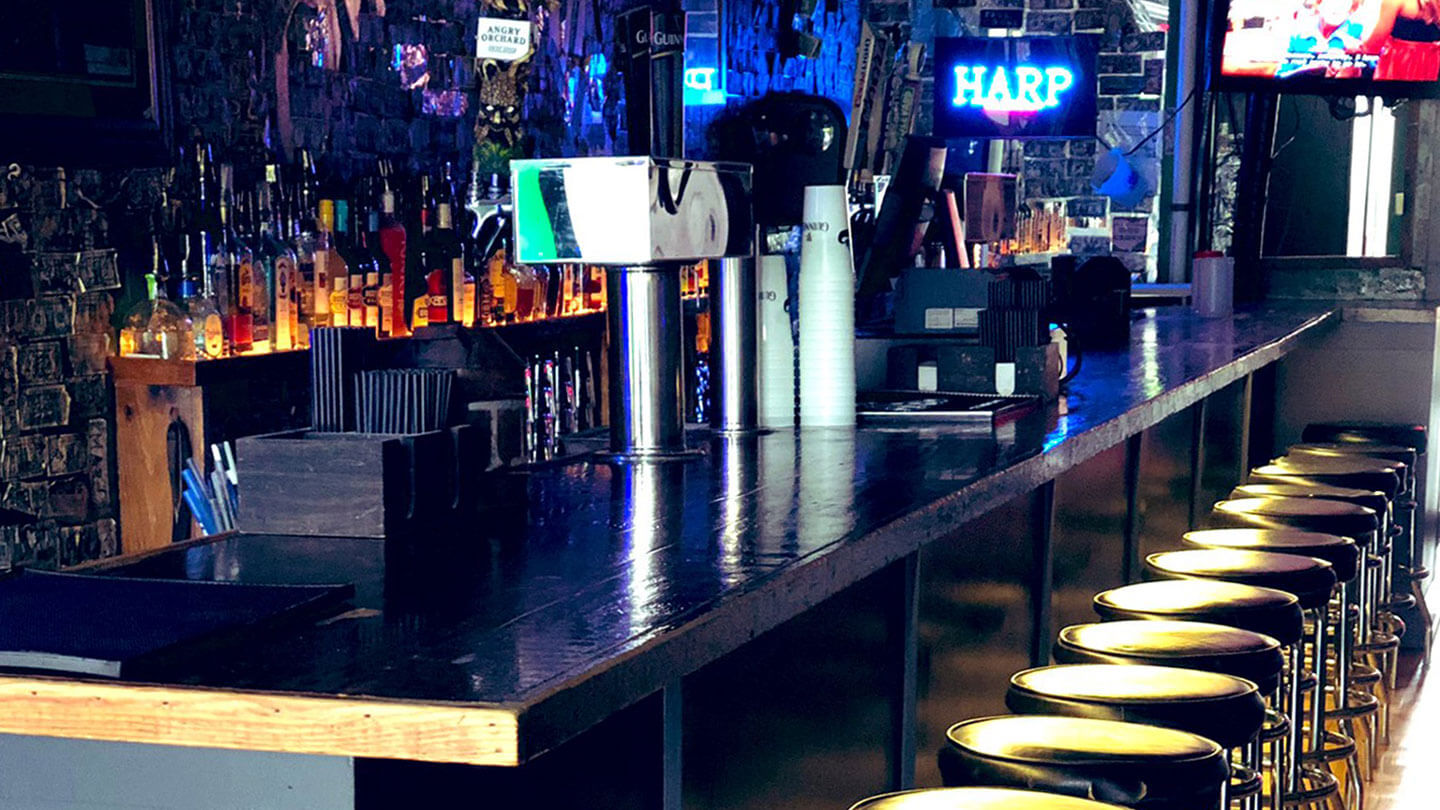 O’Malley’s Alley is a popular Irish bar and restaurant in the college town of Manhattan, Kansas. The bar is a favorite destination for Kansas State University students, locals and tourists alike.

Too much of a good thing can be a bad thing. As one of the most visited spots in town, the bar’s popularity was taking a toll on its business. “We exceeded our capacity four days a week, and it was getting out of hand,” explains the bar’s General Manager, Katie Bragg.

Exceeding capacity became a serious problem for both customers and staff. “When you have 300 people in a bar with a capacity of 100, the staff can’t do their job and customers don’t get served. But worst of all, one ticket for violating the occupancy fire code is thousands of dollars.”

In an attempt to monitor occupancy, Bragg hired bouncers for each door to manually count. She would circle through every bar entrance in short intervals, asking each bouncer for their count and adding up a total. If the total count was close to capacity, Bragg would have to tell each bouncer to decrease their rate of entry.

My job was being a human walkie talkie and calculator, and it was pointless. If the fire marshal thinks you’re violating occupancy code… it’s your word against their word.

Bragg’s efforts proved futile when a fire marshal visited the bar on a crowded night. “He entered the bar, quickly counted, gave us a ticket then made us close for hours. They never count accurately, but they make the rules—and you’ve got to respect that. We had to pay thousands of dollars for that one violation and thousands more in lost revenue for closing the rest of the night. I had to show up in court, which is no fun.”

After going to court, Bragg resolved to never get a ticket for violating occupancy code again. “I talked to our owner and we decided to take measures into our own hands. I searched for occupancy counters and chose Density because of the accuracy of the device and because we have multiple doors, so I needed the system to be able to calculate a total count across each entrance in real time.”

O’Malley’s Alley installed Entry™ by Density at multiple entrances. The solution includes real-time, anonymous people-counting for live occupancy. Entry™ sensors count every entrance and exit in real time to measure an accurate count of people at any given time. If the bar is close to capacity, Bragg and her team get text notifications to slow down the rate of entry. Bragg is also able to easily use a mobile app with a breakdown of foot traffic over time.

Just one week after the installation, our Entry™ sensors were put to the test. “The fire marshal came in, walked around quickly and insisted we were thirty people over our maximum occupancy of one hundred. I opened the Density mobile app that showed him only ninety-three people were in the bar. He looked at me, looked at the Density mobile app, said ‘that's pretty impressive’ and walked out. Density is the only reason we weren’t hit with a ticket; it saved us thousands of dollars in just one minute."

Density is the only reason we weren’t hit with a ticket; it saved us thousands of dollars in just one minute.

After Bragg saw first-hand the value of the Density solution, she changed how she operates the business. "The managers all get a text when we are nearing capacity. They love the real time alerts. I don’t have to run from bouncer to bouncer and ask ‘what is your count?’ My job is no longer to be a human walkie-talkie."

Relieved of her duties as a “human walkie-talkie,” Bragg has been able to focus her job on optimizing operations. She has adjusted staff scheduling to match foot traffic patterns, and has taken a predictive approach to preparing her team for busy times. Bragg is no longer fearful of a visit from the fire marshal; he no longer visits the bar on crowded nights.

Since Density proved its value at O’Malley’s Alley, Bragg and her team have been excited to expand Density to other local bars. Porter’s, a sister bar under joint ownership, is set to install Entry™ sensors. Bragg believes other bar owners in town are taking notice. Another bar, which was fined for fifteen occupancy violations in three months, is also eager to get started. “As more people realize that there are companies like Density that can actually help with occupancy code fines, this will be everywhere.”