Join us on July 27 for PropTech Reinventing the Workplace. Register

With COVID came lockdowns, furloughs, remote working, and a whole lot of tumbleweed blowing through previously bustling offices. Then we were on the brink of returning to some kind of normal (or at least, a ‘new’ normal), with many companies implementing return to office policies.

The Delta variant foiled many of those plans. Everything shifted. Questions arose, like how, if, and when do you proceed with your return-to-office plan?

From the start of the pandemic, the tech industry was at the forefront of change, leading the charge when it came to closing offices down and setting people up to work remotely. Given their work in forward-thinking, future-driven, technology-based fields, this is hardly surprising. And it should come as no surprise they once again led the way when it came to implementing safe, responsible return to work policies.

The rest of the world looks to the big brands to see how they will handle the new world order. Are they downsizing? Are they retaining their remote working policies for some employees? Do they require workers coming into the office to be vaccinated?

Big questions linger concerning exactly how ‘business as usual’ will look. Here’s how some of the big brands are currently handling returning to the office.

Amazon initially expected employees to start working in the office regularly the week of Sept. 7. The new date? Jan. 3, 2022. This follows a trend of return-to-office adjustments.

In March, the company said it planned to "return to an office-centric culture as our baseline." In June, it relaxed that stance, saying it would offer "a mix of working between the office and home," with a baseline of three days a week in the office. Learn more about Amazon’s return-to-office delays.

Search engine kings Google have extended their global voluntary work-from-home policy until Oct. 18th, in response to the rapid rise in Delta variant cases of COVID-19. Meanwhile, anyone returning to the office is required to be vaccinated. Read a letter from Google CEO Sundar Pichai.

Tech giant Apple has also postponed plans to get employees back in the office. They’ve pushed back plans for an office return until October at the earliest, with the possibility of it being later in the year.

Apple had planned their return to offices for September, as California seemed to be handling the pandemic better than other areas. They have, however, paused in light of the recent uptick in Delta variant cases in Cupertino and the surrounding area. Read more about Apple’s RTO plans.

Social Media mogul Facebook also has a back-to-office plan in place for October. While they had previously announced that all staff, at any level, will be able to apply for full-time, permanent remote work, they have now announced that staff should still expect to be in the office 3 days a week. Employees have also been told not to expect Silicon Valley wages if they work remotely, with salaries being adjusted to locales.

Employees have been told not to expect Silicon Valley wages if they work remotely.

Given that Facebook just spent $5bn on a new headquarters in California, it’s clear they’re keen to get people back in the office.

Like Google, Facebook is also requiring workers returning to the office to be vaccinated. Learn more about Facebook’s vaccination requirement.

Fellow social giants Twitter have only recently re-opened their offices. Despite this, they have also taken steps in light of the recent surge in cases to close their offices.

Twitter had started allowing workers back to their San Francisco and New York offices. That has now been delayed. Meanwhile, they have joined Facebook and Google in stating they will require workers returning to offices to provide proof of vaccination.

Interestingly, while some Twitter employees were excited to see the office again, most don’t intend to go back full-time. An internal company survey found that 45% of employees in San Francisco and 63% in New York intend to return to the office, even if just one day per week. The remaining intend to keep working remotely. Read the article.

The Delta variant has many companies reassessing whether it’s too soon to bring people back into the office. There's no telling what else is over the horizon. You need a flexible mindset moving forward. Flexibility with your return-to-office target dates, and flexibility in what your workplace looks like. Your workplace in Oct. 2021 will likely look and function incredibly differently vs. in June, 2022.

Remote work is standard, but leaders are still unsure how to manage this new standard. If Facebook is any indication, we may see pay cuts for those opting to work from home regularly or permanently.

It's also clear that, while companies are cautious about returning to the office, they are investing in creating even more effective, efficient, and safe office spaces for when they do return. The workplace is still relevant to work.

Tracking and limiting occupancy as employees return to work in 2021

As workplaces invite more employees back, there's a renewed need to track occupancy — for more than just social distancing. 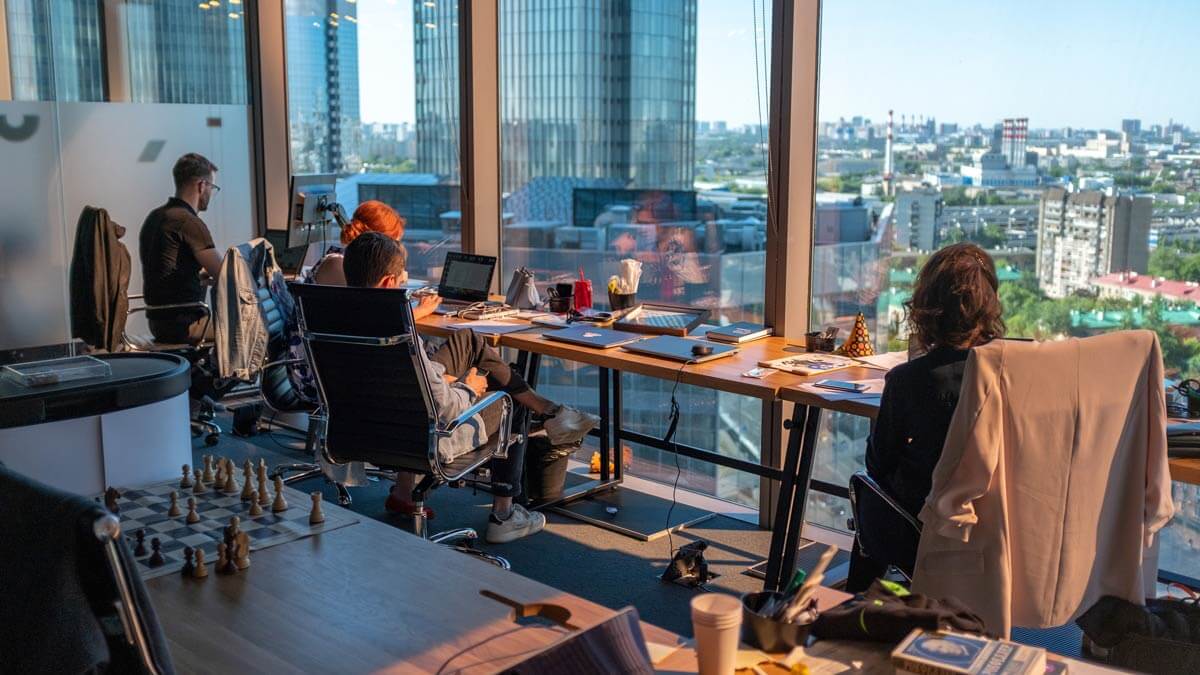